The facts about HIV and health disparities 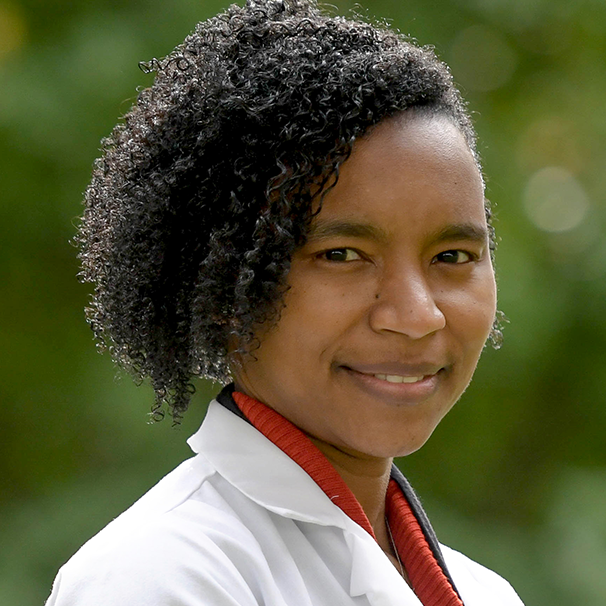 An infectious diseases doctor reports what patients should know about prevention, treatment and the virus' disproportionate toll on the Black community

Coverage is proud to publish columns featuring the perspectives of Black women physicians who belong to the Diva Docs network in Greater Boston. Today, Dr. Sabrina Assoumou, an infectious diseases physician at Boston Medical Center, shares her thoughts with Dr. Philomena Asante, leader of Diva Docs Boston and creator of the Diva Docs series for Coverage.

I was inspired to go to medical school by my uncle, a family physician in Brooklyn, N.Y., who loved his patients and was loved by them. I wanted to inspire my patients as he did. When I was a resident at Brown, one of my very first patients was a 5-year-old Black girl who had never seen a Black doctor before. And her mom looked at both of us and said to her, “You know, maybe one day, you can become a doctor, too.”

My dad is from the Ivory Coast in West Africa, where I was born, and my mom’s from Trinidad and Tobago in the Caribbean, so I’ve always felt like a citizen of the world. That drew me to global health, which means a focus on infectious diseases. I love the detective work. I was also drawn to the social justice aspect of the field. We want to make the world a better place.

Infectious diseases doctors want to cure our patients, but we also want to change the environment that made them vulnerable to illness in the first place.

When I was in medical school, HIV, which is a virus that attacks and destroys cells in the immune system, was ravaging the world. There was no question for me that as an infectious diseases doctor, HIV would be my focus. And I take my uncle’s approach: I care for the whole patient. I try to understand where they come from, what their mental state is like, who’s at home, before I even think about their illness.

There is still no vaccine for HIV, but we do have HIV preexposure prophylaxis, or PrEP, which can prevent infection, and antiretrovirals, which can prevent HIV from developing into AIDS. However, we still have about 40,000 people every year who get HIV in the U.S. And about 13,000 people a year here die of complications from AIDS.

In the United States, Black Americans account for 13% of the population, but about 40% of new HIV diagnoses each year. This is not because Black people are engaging in riskier behavior or are genetically more vulnerable to HIV. Rather, this trend correlates with long-standing structural issues. Structural racism in this country has for centuries left Black Americans with less wealth and living in poorer neighborhoods, which often means limited access to a good education and then less opportunity for a good job and the health insurance that goes with it.

How does that play out with HIV? If you have health insurance, you likely have a primary care doctor who can talk with you about risk factors, counsel you about preventive measures, and test you for HIV. If you’re at higher risk, you are prescribed PrEP. But we see far lower rates of PrEP prescriptions for gay Black men than others, despite the disproportionate rate of infection.

So in 2020, despite all our scientific advances, we still have patients in our country who have no access to education about HIV, no access to testing or prevention. They have no health insurance and no primary care physician. These patients do not see a doctor until one day, they show up in the emergency room with a headache. And it’s a life-threatening opportunistic infection caused by AIDS, such as cryptococcal meningitis.

We can address these issues. They are not hopeless. But they take political will, and the will of the health care establishment as well.

What can we do as individuals? We can get informed so we can advocate for ourselves and prevent infection.

How to prevent HIV

What questions should you ask your doctor if you get infected?

You also should get in touch with your local health department. They may be able to tell you about clinics that offer assistance for HIV-infected patients, for example, the Ryan White Clinics, which are federally funded.  In Massachusetts, because the Department of Public Health’s Infectious Disease Drug Assistance Program helps cover the cost of HIV medication and premiums, I can guarantee my patients will leave my Boston Medical Center clinic with their medication in hand.

And know the facts. HIV is transmitted by blood and sexual contact. You can’t transmit HIV by kissing someone. You don’t transmit it by sharing utensils or even a toilet seat. You can still have normal relationships with your family, and hug and kiss the people you love. Most importantly, HIV is not a death sentence.

We need better public health campaigns to educate people about the continuing risks of HIV, and what treatment and prevention are available.

The public needs not only access to health care, but also help with navigating the health care system, to access medication, get tested and get test results. That is especially important in populations with limited health literacy, or language barriers.

A diverse workforce matters. I know that personally, from connections I have formed with my Black patients. When I walk in, especially at the first meeting, they’re so proud. “You’re my doctor? Really?”

Being able to form that bond and build trust is so important to enabling patients to want to come to see me. Diversifying the workforce can help address systemic issues driving the disparities we see in care.

Applying lessons from HIV to COVID-19

We can build on the public health infrastructure that was built to fight HIV and support patients at risk of COVID infection. We have a testing and education structure that is working, and we should be using it.

As we focus on the science of vaccine development, we also need to think about how we build trust between the public and the medical establishment. The communities that are most affected have to be at the table as we plan for education and vaccination. Without their trust, the public will not be willing to get vaccinated, and we will not have the level of protection we need to get back to the new normal.

We are in our fourth decade of fighting HIV, a virus which, like COVID, has taken a tragic, disproportionate and outrageous toll on marginalized communities. We must draw on the lessons we have learned as we continue to wage both battles – and as we seek to build a society that better protects its most vulnerable.