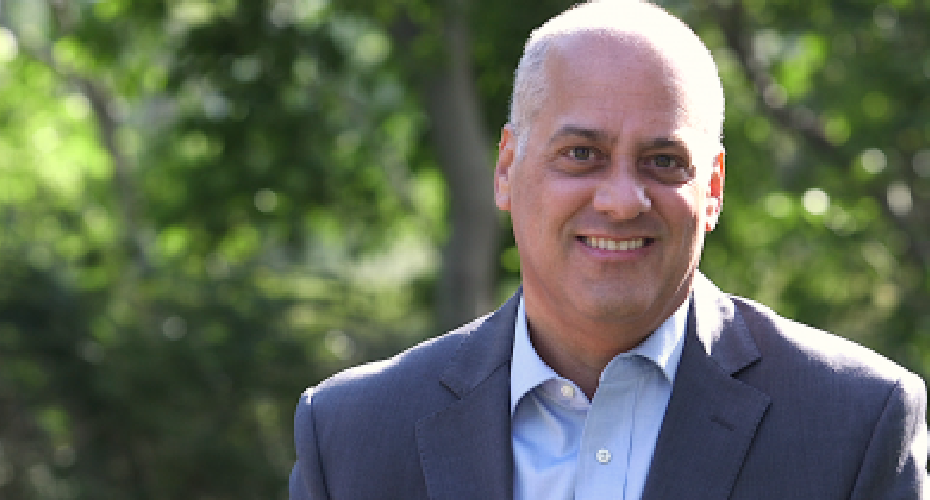 He had surgery, and everything went wrong - except for one special connection

A Blue Cross Blue Shield of Massachusetts nurse case manager guided a Shrewsbury man through life-threatening complications this year, in what he describes as a vital partnership.

A Blue Cross Blue Shield of Massachusetts nurse case manager guided a Shrewsbury man through life-threatening complications this year, in what he describes as a vital partnership.

“If it wasn’t for her, things would have gotten a lot worse,” Michael Feltman says of Dawn Sprague.

In late January, after years of back pain and physical therapy, Feltman and his doctor decided he needed to have surgery.

Not long after he returned home, he suffered chest pain and was readmitted to the hospital. That’s what triggered a call from Sprague, who wanted to make sure Mike was following his coronary after-care plan.

Little did either of them know it was the beginning of a five-month medical odyssey of re-admissions, infections, and other related health issues. But Sprague was with Feltman every step of the way.

Over the course of more than 10 phone calls, they developed a special rapport. “When you are helping people through something like this you get close,” said Sprague. “All of the nurses at Blue Cross do.”

Sprague remembers one call during which Feltman told her he was having serious stomach issues, wasn’t eating or drinking much, and was in a great deal of pain.

“I knew he was sick and tired of being sick, but I told him, ‘Your doc needs to know this.’ ”

At Sprague’s urging, Feltman did call his doctor, who told him to go to the emergency room immediately. He had developed C-diff – a dangerous infection caused by heavy antibiotic use that can lead to colon issues and kidney failure.

“She prevented something really bad from happening – twice,” he said.

She also counseled Feltman through a drug-resistant infection in his surgical incision that led to another admission and surgery.

In all, Feltman had seven hospital admissions totaling more than 40 inpatient days. But, he says, it could have been worse without Sprague.

At the start of his journey, Mike never would have predicted how important Dawn was to become to him. It was a partnership that nearly didn’t happen.

When Sprague first called, Feltman was reluctant to talk. He was worried she was calling about money – he knew his claims were expensive. But he soon realized Sprague was genuinely interested in him and determined to get him well.

Sprague says she and her fellow nurses at Blue Cross are accustomed to this kind of hesitancy. They are trained to work around it, using their own empathy and their health care expertise to create a connection that is focused on helping members.

Nurse care managers like Sprague reach out to Blue Cross members whose medical claims indicate they are dealing with a chronic condition, like diabetes or hypertension, have had an acute hospitalization, or are recovering from surgery.

“He’s a remarkable man,” said Sprague of Feltman. “I truly feel honored to have been a part of his recovery.”

Feltman, now feeling much better and back at work, will tell you Sprague did much more than help him get well.