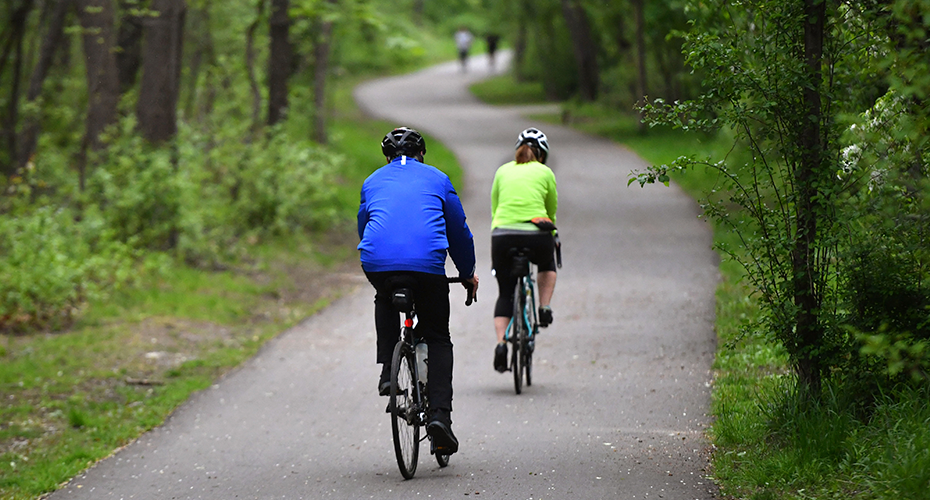 “The Charles River is such a ‘go-to’ for everybody, but East Boston can be a great place to catch the sunrise or the sunset,” said Kim Foltz, a transportation planner with the Boston Transportation Department.

“As you continue along the greenway, there are some really beautiful marshes and you end up at Constitution Beach, which is a cool place to look out at the airport runways,” Foltz said. “You can sit there and watch the planes take off, it’s like you’re in this fun little transportation space.”

Even if you don't own a bike, you can go for a free ride on a Bluebike using a free Adventure Pass each Monday in August, under a sponsorship by the not-for-profit health plan Blue Cross Blue Shield of Massachusetts Blue Cross.

"The last several years have reinforced that mental health is essential to overall wellbeing, which is aligned with our commitment to supporting healthy communities across the Commonwealth," said Jeff Bellows, vice president of corporate citizenship and public affairs at Blue Cross. "We hope that Metro Boston residents can get outside, practice mindfulness and enjoy a Bluebikes ride during a month that's dedicated to whole-body wellness."

Riders can download and open the Bluebikes app, select "Adventure Pass," and enter the appropriate code. Each code will unlock one free Adventure Pass, which includes an unlimited number of two-hour rides during a 24-hour period.

Regular exercise can help improve emotional health, build social connections and lower stress levels, and research demonstrates a link between biking and mental health. A survey by Cycleplan found 75% of respondents reported an improvement in their mental health upon taking up biking, with 45% reporting improved sleep patterns, which can help reduce anxiety and depression.

The Bluebikes public bike-share program offers an alternative for cyclists who don’t own a bike: 4,000 bikes for rent at nearly 400 stations across the Bluebikes system’s 11 cities and towns: Arlington, Boston, Brookline, Cambridge, Chelsea, Everett, Newton, Revere, Salem, Somerville, and Watertown.

Greater Boston offers a wide array of options for riders.

Over the river, along the Harbor

Using a pedestrian bridge underneath the Zakim Bridge, Bluebikes riders can travel from Cambridge into Charlestown and Paul Revere Park, said Ken Carlson, chair of the Somerville Bicycle Committee.

“From there, you can head out along the Harbor way and get out to the wharves overlooking Boston Harbor. it gives you a phenomenal view of the harbor,” Carlson said.

From Paul Revere Park, cyclists can make their way to the West End, home of TD Garden, or the North End and follow a two-way cycling track along Commercial Street, ending in a beautiful park at Long Wharf, Carlson said.

“It’s a great hack for people to be able to take advantage of this fly-under bridge under the Zakim and explore the harbor,” he said, adding that, with some on-road cycling, cyclists can eventually make their way down into South Boston’s Carson Beach, to Dorchester and the Kennedy Museum, and beyond.

“All of this is flat,” Carlson said. “The key with Bluebikes is you want your route to be flat, so anything along the water would be recommended.” 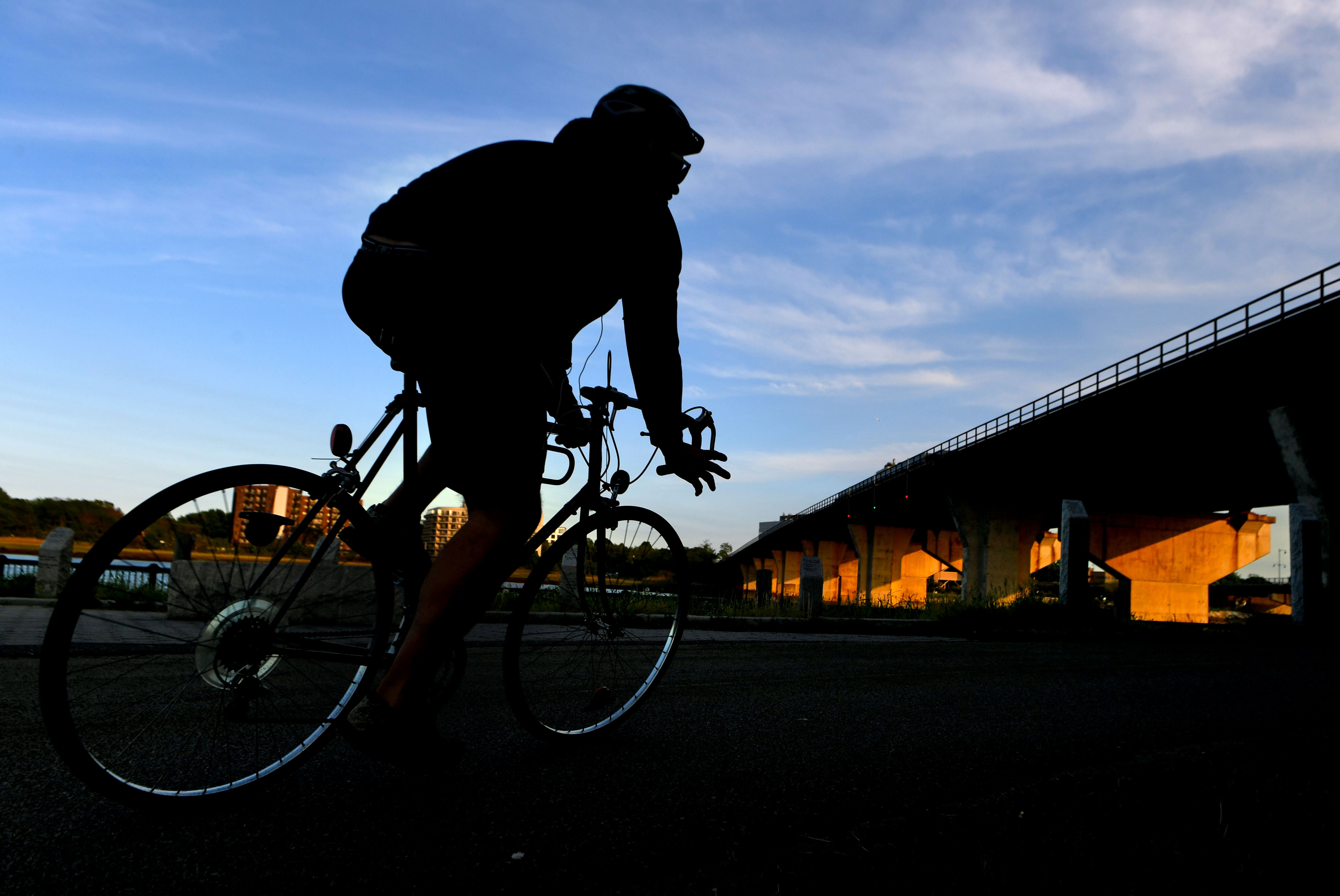 The Neponset River Greenway is another lesser-known track with Bluebikes station located at the Mattapan T stop, just a two-minute ride from the trailhead. The picturesque, multi-use trail runs along the banks of the Neponset River through Dorchester and Mattapan, crossing into Milton. 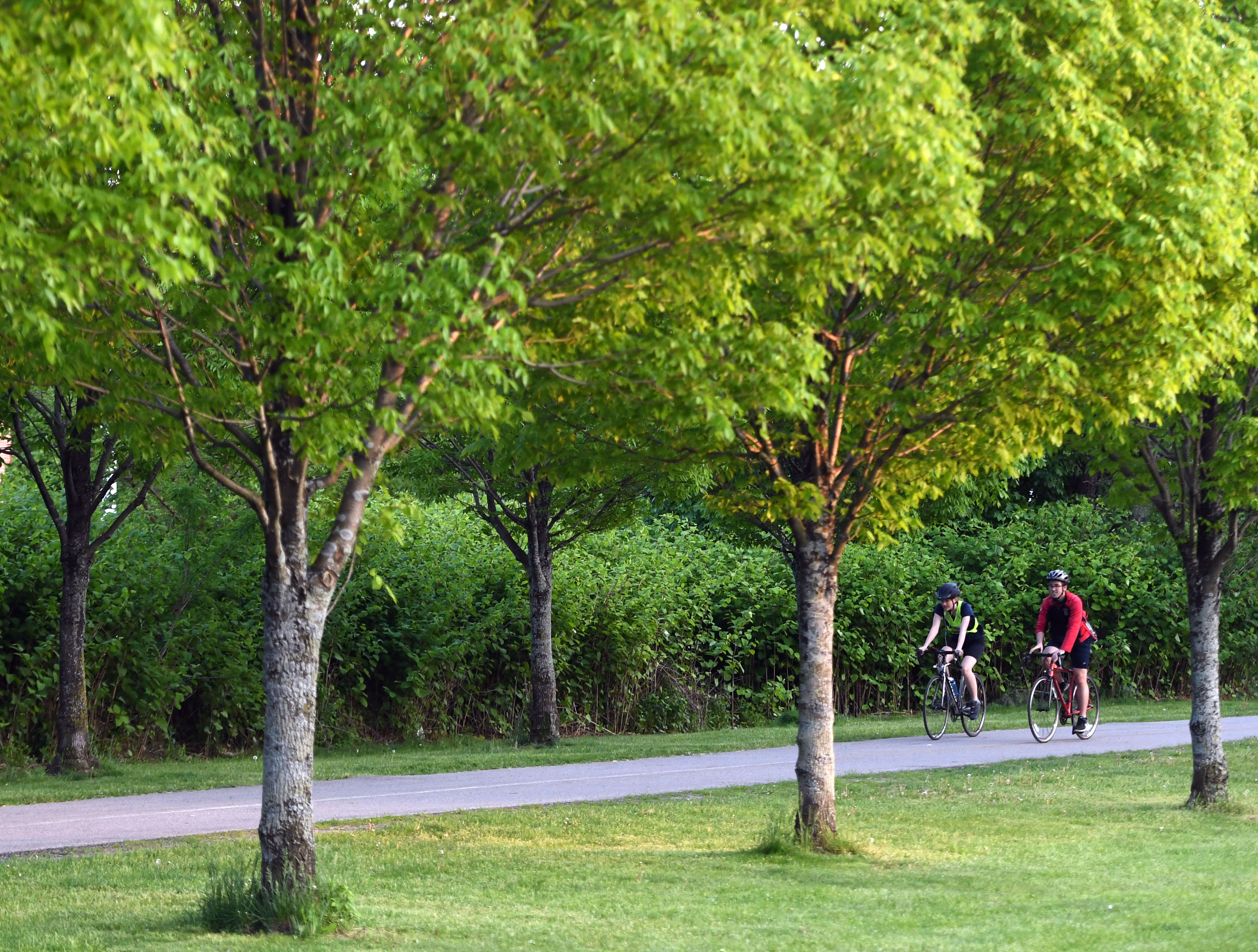 “It’s a pretty long trail and there are parts of it where it feels like you’re riding through the woods, then you come out of the trees and you’re along the water,” Foltz said, noting that a distinctive suspension bridge is one of her favorite parts of the trail.

“It’s a cool looking bridge and impressive that it was built as part of a trail like this,” she said. “It’s really a beautiful place.”

Eliza Parad, the director of organizing for the Boston Cyclists Union, also took note of the Neponset Greenway as a relatively new track for Bostonians to check out. Her group is also focusing on new cycling infrastructure within the city that will benefit commuters and leisure cyclists alike. Among the projects in the works or recently completed are new protected bike lanes in Dudley Square, on Commonwealth Avenue in Allston, and the Connect Historic Boston Bike Trail, which was completed last year and runs through downtown Boston.

A surge of new riders

Parad said she has noticed an uptick in riding since Bluebikes has become part of the Boston cycling scene.

“Bluebikes has been great for the city,” Parad said. “It’s definitely made biking more accessible for many people who were not previously on the road. Now the next step is getting protected infrastructure where the stations are and connecting the stations, but it’s definitely helping increase ridership and bringing a more diverse ridership.”

We’re thrilled to be able to offer affordable, reliable, and sustainable two-wheeled transportation. Now more than ever.

Some of those Bluebikes riders are getting exercise and enjoying the scenery in Franklin Park, the largest park within the Emerald Necklace, which connects green spaces stretching from Back Bay to Brookline, Jamaica Plain, Roxbury and Dorchester. The 527-acre park touches the neighborhoods of Jamaica Plain, Roxbury and Dorchester and includes a 2.3 mile loop that winds through picturesque scenery including rock outcroppings, a woodland preserve, towering oak trees, athletic fields, the Franklin Park Zoo and a golf course.

All of it can be accessed from multiple neighborhoods that border the park.

“You don’t feel like you’re in the city,” Foltz said. “You’re just riding along this path through the woods. It’s amazing and it’s a historic park.”

And, for the ambitious soul who doesn’t mind breaking a sweat on the bike, there’s also great chances to see sunsets or sunrises with a climb up Mission Hill or Fort Hill in Roxbury.

“I have ridden to the top of both on a Bluebike,” Foltz said. “They are pretty spectacular views.” 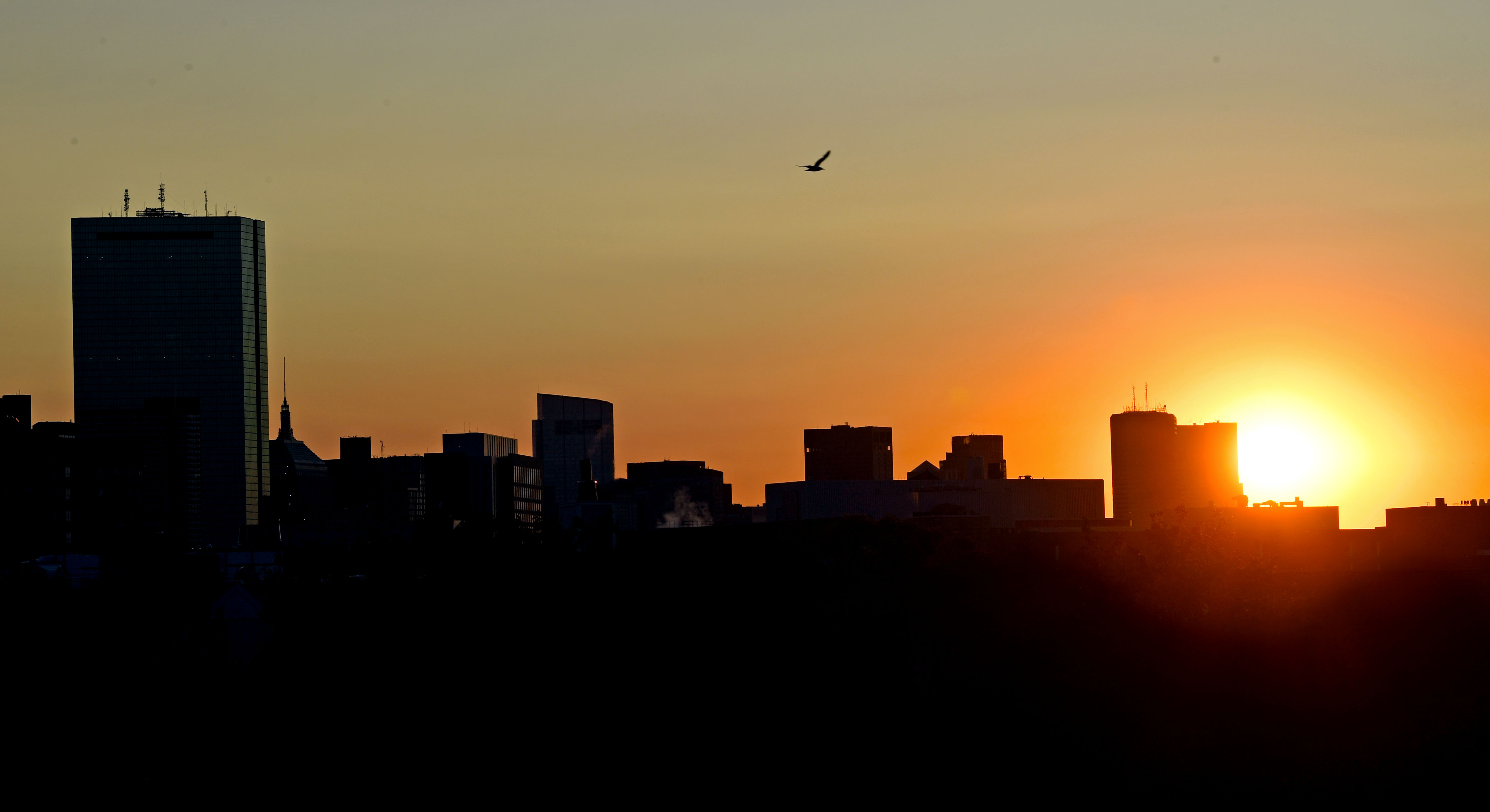