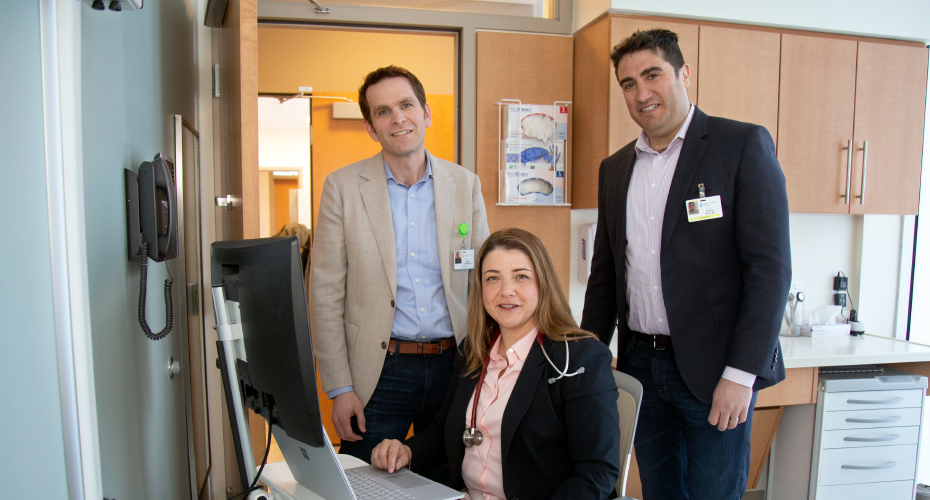 How an innovative partnership is helping Firefly soar 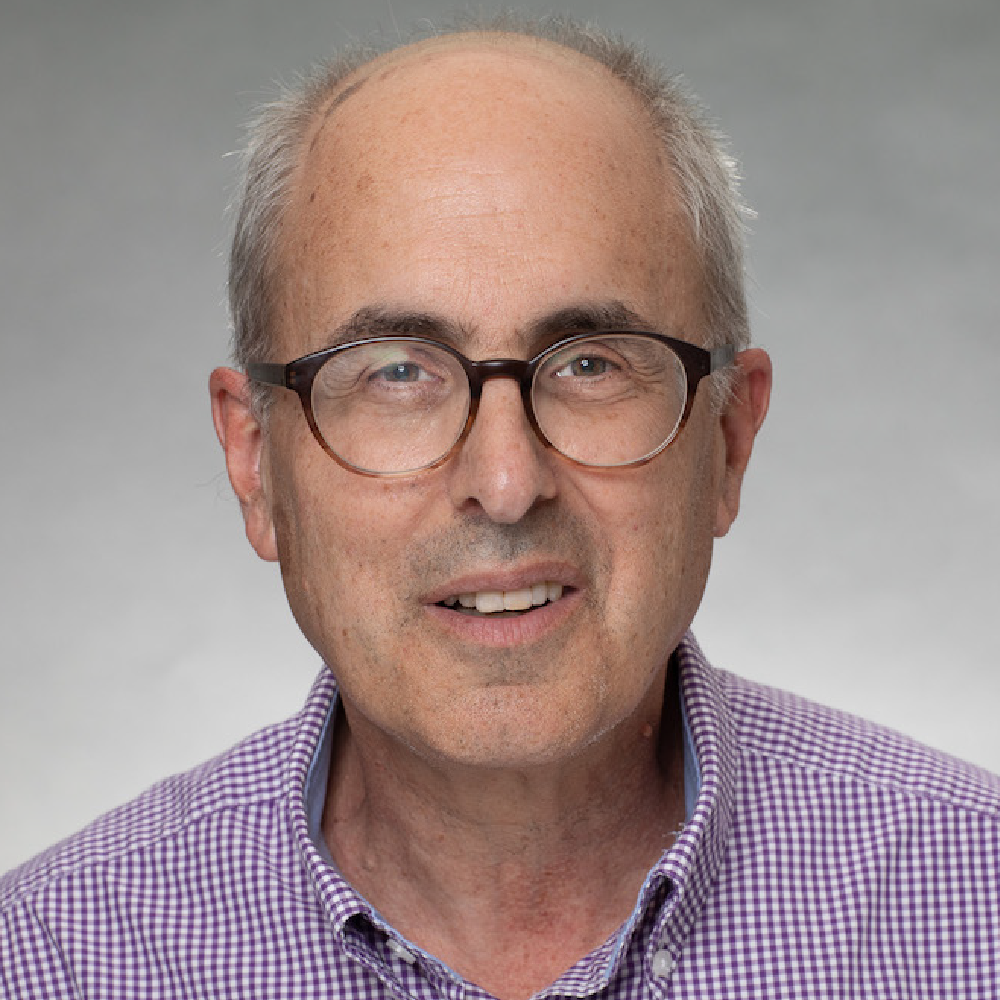 "We wanted to do something that was radically different," says Dr. Andy Ellner one of Firefly’s young leaders. "We wanted to deliver a service that was lower cost, higher quality and provided a better experience to the patient."

Firefly Health in Wellesley is not your typical medical practice.

For one thing, the doctors and nurses do roughly half their visits using a video link.

With the help of their own team of engineers, Firefly has built a mobile app that allows a patient to text back and forth with a doctor, schedule an appointment and keep tabs on their personalized health program.

And each patient has access to one of the practice’s “health guides” who offers support around issues such as stress, weight loss, exercise and sleep problems.

``We wanted to do something that was radically different,’’ says Dr. Andy Ellner one of Firefly’s young leaders. ``We wanted to deliver a service that was lower cost, higher quality and provided a better experience to the patient.’’

There was just one problem: They needed an insurance plan that would reward Firefly for its innovative approach.

That’s where Blue Cross Blue Shield of Massachusetts stepped in.

The insurer has created a new contract that allows the practice to earn bonuses if it is able to make good on its goal of providing quality care with lower costs. Firefly is the first small medical practice in the state to take advantage of the contract, an addition to the company's portfolio of value-based payment models.

As another Firefly founder, Dr. Jeff Greenberg put it. ``This contract gives us the right incentives. It was a meeting of the minds.’’

Historically, a small practice like Firefly would have been paid under the traditional fee-for-service arrangements. But under its Blue Cross contract, the practice is given a pool of money for their patients and flexibility in how to use it. If the practice meets its targets for cost and quality, it can receive incentive payments. If it falls short, it earns less. Quality is measured by looking at a range of factors – everything from the percentage of patients receiving screening for breast cancer to patients’ experience of the care they receive. 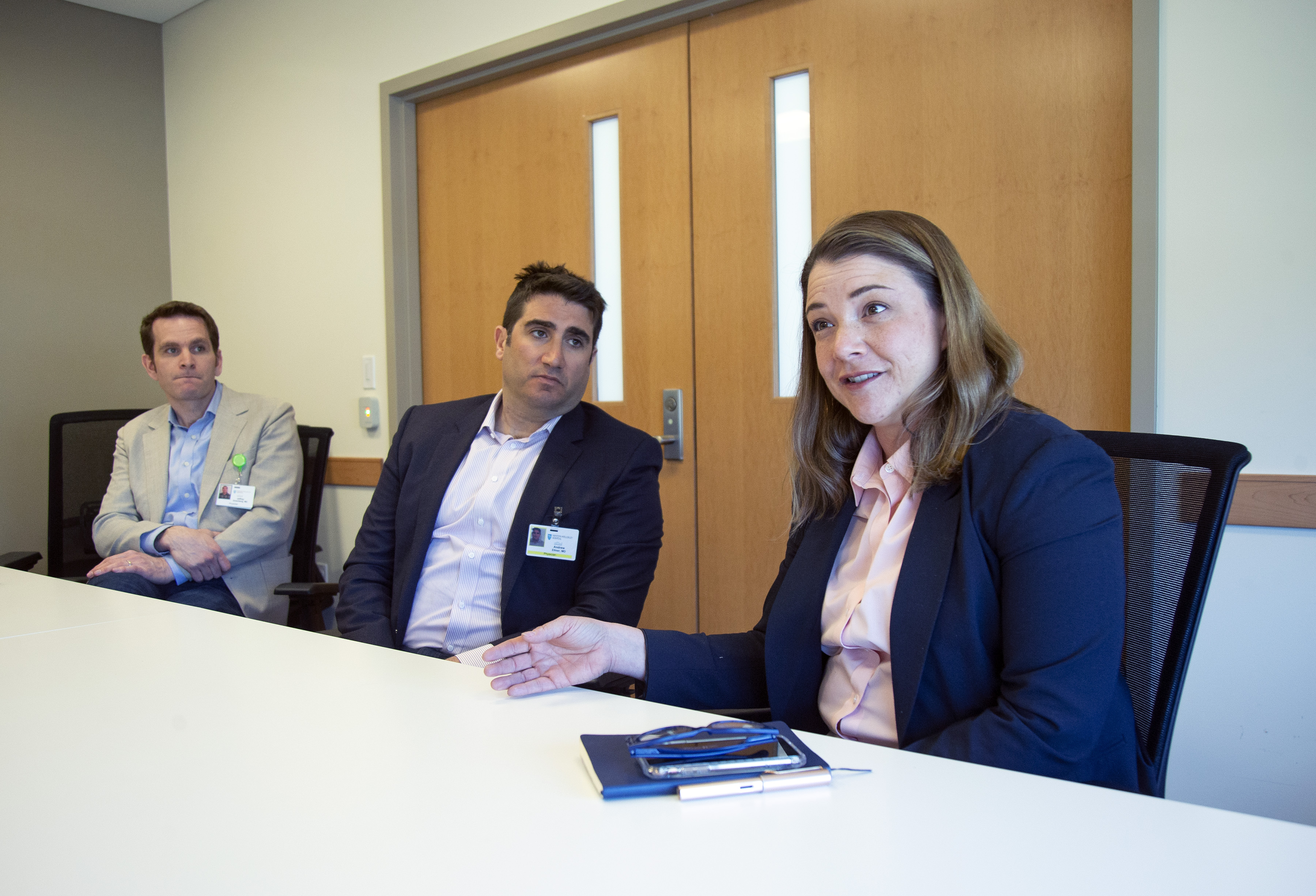 The contract gives Firefly’s clinicians the freedom to care for their patients in the most effective way possible, rather than following the old, traditional model the three doctors had seen frustrate many of their peers. ``Medical practice hasn’t changed much in 50 years,” notes Ellner. “It is still built around the in-person visit.”

Ellner, above center, knows from experience.  Like his fellow Firefly colleagues, he has long had a passion for research on better ways to deliver primary care: he served as co-director at the Harvard Medical School Center for Primary Care and worked as a physician at a prestigious teaching hospital, Brigham and Women’s. Nisha Basu, above right, Firefly’s medical director, practiced at Beth Israel Deaconess, and developed standards for care in diabetes and hypertension, two of the country’s rising health challenges. Greenberg, above left, was medical director of the Innovation Hub at the Brigham, where he directed efforts to bring digital innovation to medicine.

The team’s years of practice and research has led to Firefly’s distinctive embrace of technology. Many patients still come into the office, especially for their initial visit, but just as many use video to connect with their doctors for follow-up questions.

``Video visits are extremely versatile,’’ said Basu. ``You can use them for simple conditions like rashes or to check on patients with multiple chronic conditions.’’

Firefly’s proprietary smartphone app includes a secure messaging function that lets patients and the staff communicate.  During business hours the messages are usually returned within five minutes. The app also contains an e-page that patients can use to contact a clinician after hours for urgent concerns.

Firefly’s model relies as much on teamwork as it does on technology. Nurse practitioners can handle many of the tasks involved in primary care, said Greenberg, freeing up doctors to spend more time on complicated cases.

``We ask doctors to do things they shouldn’t have to do,’’ he said. ``By focusing more on teams, and letting each professional operate at the top of their license, we can make medicine more cost-effective and better meet patient needs.’’

The experiment that reimagined health care

Blue Cross BlueShield of Massachusetts pioneered value-based contracts a decade ago with the AQC, short for alternative quality contract. The AQC now covers the majority of doctors and hospitals in the insurer’s network.

A 2014 study in the New England Journal of Medicine found that in its first four years of implementation, the contract succeeded in constraining costs and improving health care quality.

Those results were achieved not by skimping on care, but by smarter use of services, said Dr. Jamie Colbert, a senior medical director at Blue Cross. The contract encourages doctors to be more thoughtful about which specialists they use and which procedures and tests they order, he said.

"As a practicing physician I can tell you that a huge chunk of the services in medicine are not making our members healthier," said Colbert.  For example, much of the imaging done for lower back pain would fall into that category, he said. A 2017 New England Journal of Medicine article by Harvard Medical School researchers notes that efforts should be focused on reducing utilization of services that are “low value – minimally beneficial if not wasteful or harmful.”

Since implementation, the AQC has been offered exclusively to large medical groups – those with at least 10,000 Blue Cross patients – because smaller groups couldn’t absorb the financial risk. A few expensive cases would have exposed a small practice to significant losses, said Christian Lassonde, a Blue Cross senior director with responsibility for contract design.

But now, by limiting the amount of financial risk doctors take, medical groups with as few as 1,500 Blue Cross patients have the opportunity to participate in a payment model that rewards the delivery of high-quality, affordable care.

"What this means is that Blue Cross can now reward smaller physician groups for keeping their patients healthy and managing costs," said Colbert.

Mark Miklavic followed Greenberg, his longtime primary care physician, to the new practice and has been impressed by what he has found.

"It’s better care," he said. "You feel closer to your doctor."

Miklavic is especially struck by the speed of the two-way communications. In the past, he said, it could take him several days to get a message to his doctor returned.

Miklavic has used the video service – he compared it to "Facetiming with the grandkids" – as well as the messaging app. He regularly sends in readings of his blood pressure, which he monitors at home. The technology allows Miklavic stay on the Cape, where he lives much of the year, and avoid the hassle of coming to the office in Wellesley.

The practice’s health guide, Mary McGee, above, sets up plans Miklavic can follow on the app and checks back regularly to see if he needs any support. Miklavic gets reminders about sticking to an exercise routine and avoiding carbs.

Miklavic is a salesman and he thinks the Firefly model could catch on --- with people his age, 60, with his millennial sons who would appreciate the technology focus, and even with his elderly parents, who would benefit from not always having to travel to the doctor’s office.

"I think they are on to something here," he said.