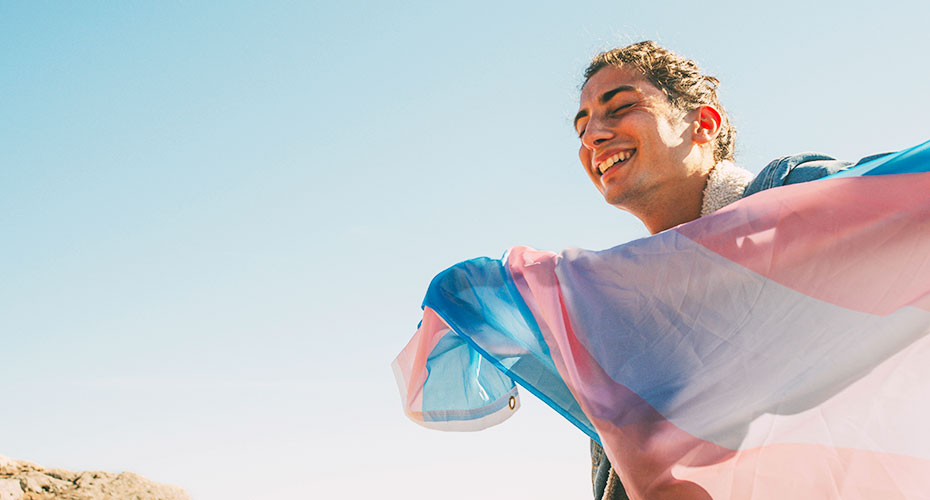 Elizabeth Boskey says there is a common phrase she hears from transgender patients after they’ve received gender-affirming procedures: “I feel like myself.”

Boskey, a licensed social worker for the Center for Gender Surgery at Boston Children's Hospital, knows all too well how a lack of proper health care coverage can take a mental and physical toll on transgender patients.

“Gender-affirming care is medically necessary,” Boskey said. “When patients are unable to access it, it invalidates them and their experiences. It can make them feel like they're being erased.”

For transgender youth and adults, barriers to accessing proper health care are numerous. There are more than 1.4 million transgender adults in the United States, and one study found about 1 in 5 postpone or forgo health care for fear of discrimination. In a separate survey, 50% of transgender patients said they have had to educate their doctors on trans-specific health issues. Many face socioeconomic challenges. And many lack insurance coverage for gender-affirming treatments and procedures, such as hormone therapy and genital reconstruction.

Boskey notes many transgender youth experience family rejection, bullying and harassment. A 2018 study found that more than half of transgender male teens who participated in the survey reported attempting suicide in their lifetime, while 29.9 percent of transgender female teens said they attempted suicide.

“Transgender people experience a number of health disparities and health inequities, including increased risk of depression, anxiety, and substance use. Those disparities aren’t because they’re transgender, it’s because they live in a world that's discriminatory,” Boskey said. “Experiences of discrimination also take place in the health care environment, and they can have a profoundly negative effect on wellbeing. Inclusive health care provides people with a place where they can both get the care they need and be seen and accepted for themselves.”

“Transgender health needs have been neglected for a long time,” said Laura Barry, senior clinical consultant for medical policy administration with Blue Cross Blue Shield of Massachusetts. “It’s time for the voices of the transgender community to be heard.”

Blue Cross has been listening. For years, members of its clinical team have held quarterly meetings with clinicians who perform gender-affirming services, which help inform the ever-expanding list of transgender-related services that qualify for coverage. The most recent addition to that list is voice training therapy for transgender patients.

Inclusive health care provides people with a place where they can be seen and accepted for themselves.

Blue Cross of Massachusetts has long been a vocal ally of the LGBTQ+ community, including strong opposition to 2020 federal proposals to eliminate health care protections for transgender people.

“Blue Cross believes everyone, regardless of gender identity, deserves high quality health care,” President and CEO Andrew Dreyfus said. “No one should avoid seeking care out of fear that they will not be treated with dignity. We will continue to provide services that affirm and serve our members in the transgender and gender nonconforming communities.”

But true allyship requires action, not just words, Barry said – and Blue Cross has taken action for more than a decade in the form of robust coverage. A specially trained team of 17 Blue Cross experts supports members who are receiving gender-affirming services. And the health plan covers care such as fertility-related procedures as well as contouring, augmentation and reconstruction.

Such physical procedures can help ease gender dysphoria – a medical condition defined by the American Psychiatric Association as a “conflict between a person’s physical or assigned gender and the gender with which he/she/they identify.”

“One of the amazing things about being in Massachusetts is that there are health plans that cover gender-affirming care,” Boskey said.

There are people who want to help, and can help.