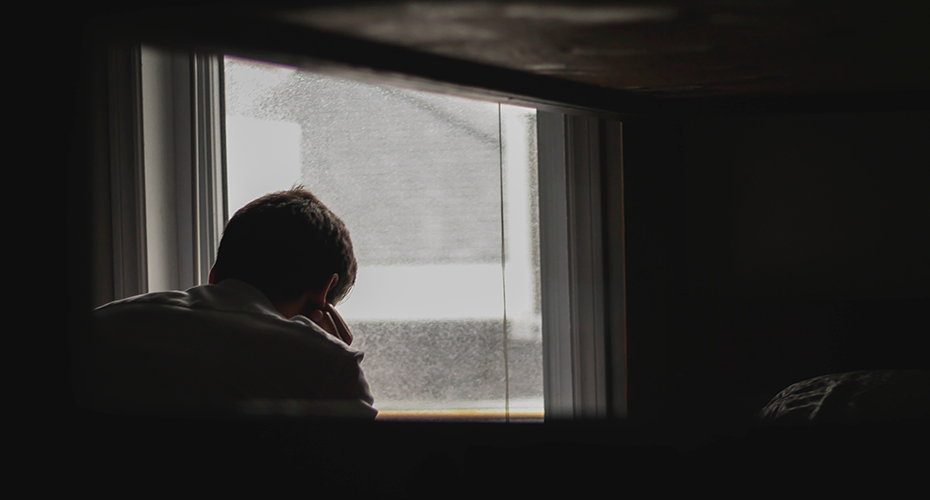 On masculinity and mental health

Survivors, clinicians give insights on when to seek help and how to overcome shame and bias

For 22 years, Martin Crowley kept it to himself – the depression, the drug use, and the sexual abuse that triggered it all.

Crowley, now 50, is a fighter. He is a survivor. Not only of drug dependency and mental illness, but of childhood sexual abuse by a clergy member whose crimes eventually were revealed by a Boston Globe investigation.

When he was 19, Crowley moved to Florida in hopes of escaping his pain. He sank into a hole of drugs, alcohol, depression, and shame. Despite the courage it took to claw his way out of the dark, Crowley has not always felt brave. He silently dealt with his pain until seeking help at 32. The fear of being labeled as “weak” or “a failure” was too much of a deterrent until that point, he said.

“I didn’t want people to think, ‘He’s a man, he's supposed to be strong and handle anything that comes in front of him,’” Crowley said. “You’re expected to just cope.”

The shame and bias surrounding mental illness has proven to be a deadly barrier to treatment – for men especially. According to the Centers for Disease Control and Prevention, the suicide rate for men was 3.7 times the rate for women from 1999 through 2018.

Societal pressure for men to suffer in silence is a long-standing problem, said Dr. Ken Duckworth, a psychiatrist and senior medical director for behavioral health at Blue Cross Blue Shield of Massachusetts.

“There’s a cultural phenomenon that girls are more likely to seek help as teenagers and young adults,” said Duckworth, who is also medical director of the National Alliance on Mental Illness.

Men tend to be the mighty oak that snaps, not the bough that bends.

For years, researchers have investigated gender differences in mental health and treatment.

A recent study published in the journal Sex Roles found men are less likely to have people in whom they confide, particularly if they subscribe to “toxic masculinity”: the concept that men are meant to exhibit stoicism and dominance.

Another study in JAMA Psychiatry found that men who had more traditional ideas of masculinity – like lack of emotional expression – were 2.4 times more likely to die by suicide.

Misconceptions about therapy can sometimes keep people from getting help, said Dr. Gregory Harris, a psychiatrist and associate medical director for behavioral health at BCBCMA.

“An evaluation is more like other medical consultations than people might expect when considering treatment,” Harris said. “There's a lot of mystique about therapy and the field doesn't always dispel it.”

Harris added that professional help aside, men are far less likely to have reliable confidants. Boys are taught from a young age to cultivate relationships through sports and activities that are more casual and superficial, rather than bonding through open dialogue, he said.

“Women tend to be socialized to talk and share more,” Harris said. “Men are taught to trash talk and play sports together.”

As a result, men may go years, decades or lifetimes without seeking the help they need, said Dr. Matthew Robinson, a clinical psychologist and co-director of the Outpatient Trauma Clinic at McLean Hospital in Belmont.

Though suicide rates are higher among men, there are more women diagnosed with mental illnesses. This is not only because men are more reluctant to seek help, Robinson said, but because bias even exists among health professionals.

“Stigma is enacted by clinicians and employees that don’t take signs and symptoms as seriously among men,” Robinson said.

And while there has been some progress in reducing these barriers, Robinson said there hasn’t been enough. Young boys and men would benefit from strong messaging that combats some of these harmful concepts of masculinity.

Amid the pandemic, mental health stressors have been acute: A third of American adults are showing signs of clinical anxiety or depression, Census Bureau data shows -- a huge jump from before the pandemic, when approximately 11% showed similar signs,

Duckworth recommends men find help from their resource of choice, whether a faith leader, a group like Alcoholics Anonymous or a licensed therapist.

For Crowley, healing began when he confided in an uncle about the torment he had endured for more than two decades. He spent time at McLean Hospital in 2005, which brought much-needed relief. But mental illness can be a life-long struggle, and Crowley is still battling it today. He took another trip to McLean in 2019 when, in a triad of unrelated and cruel events, he lost his partner, father and dog.

He has had to remind himself over the years that confiding in family, friends and therapists shows courage, not frailty

He encourages other men in similar situations to reach out to both loved ones and professionals.

Don’t be scared, don’t be afraid. If they judge you, they’re not meant to be your friend. Don’t hesitate to go seek help.
- Crowley said.

For more information on how to get help, visit BCBSMA’s behavioral health page to take an online mental health assessment or find a therapist.