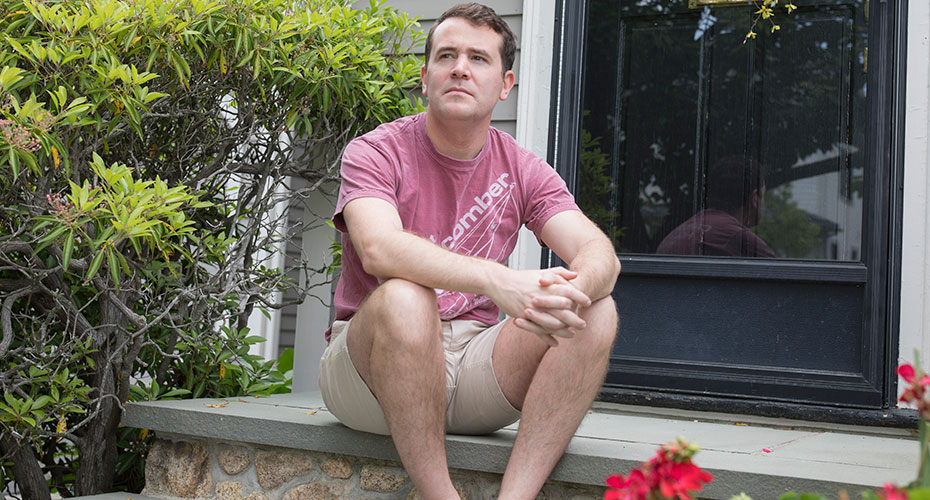 After catching COVID at a bachelor party, a millennial shares a message: ‘Get your vaccine’

Young adults haven’t been hit as hard by the COVID pandemic as their parents or grandparents – but they’re not immune, even if they’ve been partially vaccinated. Full protection takes effect two weeks after the final shot, and until then anyone can catch or spread the virus. Liam Gluck, 31, a teacher placement counselor from Needham, learned that the hard way, just before he was vaccinated. He shared his story – and his message for other young people -- with Coverage.

I had been going out to dinner and had been fairly liberal and lenient with where I was comfortable being and who I was comfortable seeing. I thought I might have natural immunity from having had COVID previously – but in hindsight, I’m pretty sure that was just a minor flu.

I got together with some friends in a house for sort of a mini-bachelor party in Colorado, where I had been living for a while during the pandemic. It was seven people total and four of the seven had gotten their first shots, so it didn’t seem particularly dangerous. Looking back, I think it was pretty dumb.

We hung out from April 1 to 5, I got my first shot on April 5, and I came down with symptoms on April 7.

I woke up that day and I thought ‘oh my gosh, I am sick.’ Within hours we started texting each other. Of the seven people, four of us got COVID that weekend.

The worst parts for me were the fatigue and the aches. For the first week I was sleeping 15 to 18 hours a day, I was really tired and had bad muscle aches in my back and my shoulders. On day 5, I lost my sense of smell. That was scary just because it’s a weird sensation to put a stick of deodorant up to your nose and not be able to smell it.

The first week was scary, too, just because you know it can go south after eight to 12 days and you don’t necessarily know if you’re going to have a really severe case. It’s that fear, the emotional stress of wondering whether you’re going to get really sick.

It took a couple of weeks before I felt normal again and was able to get my second shot. I believe in the science wholeheartedly and the data shows that it is the best way to ward off infection.

I really regretted my decision to go to this bachelor party. It was depressing, getting it and being alone and being really sick and out of work for two and a half weeks -- it’s upsetting and serious.

That’s from the selfish standpoint. Out of concern for other people, I absolutely feel like it’s your duty to your fellow person to get your vaccine. I am very passionate about this -- everyone should do it.