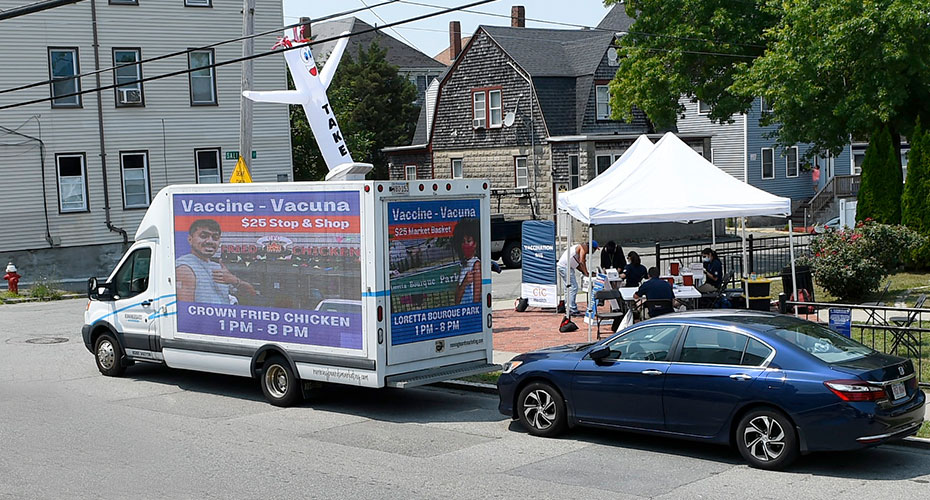 ‘We are going block to block’ 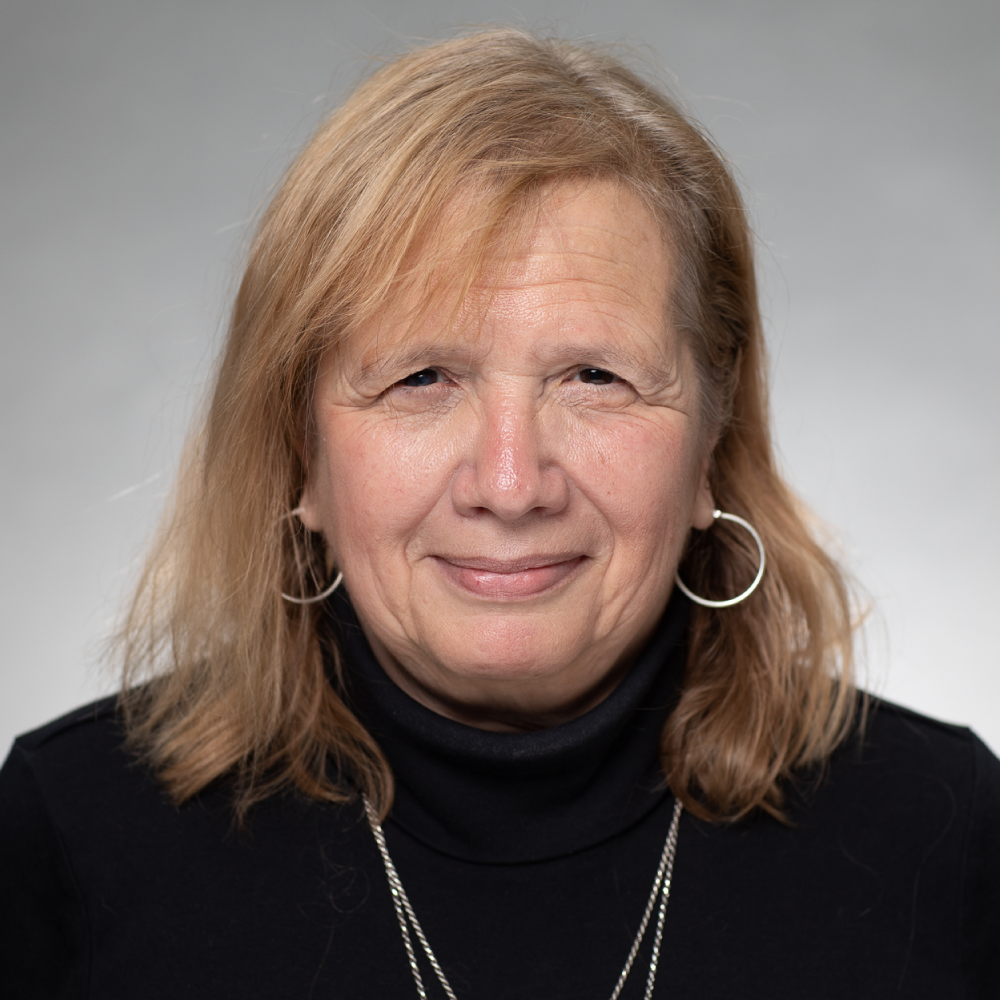 An innovative mobile vaccination program is bringing shots to neighborhoods, block by block, in areas with the greatest need across Massachusetts.

​Sponsored by Blue Cross Blue Shield of Massachusetts in collaboration with Field First, Cataldo Ambulance Service and the Commonwealth of Massachusetts, the neighborhood-based program is currently providing support to communities in New Bedford and Fall River. Initiatives include mobile clinics and partnership with business owners, community organizations and schools to provide education and vaccine access.

“The vaccines are safe, effective, and the best tools we have to fight against COVID-19, including the new variants,” said Dr. Sandhya Rao, chief medical officer at Blue Cross Blue Shield of Massachusetts.

“This is no small effort. We are going block to block,” said ​Damon O. Chaplin, director of the New Bedford Department of Public Health, adding that he’s hoping to reach a city-wide vaccination rate of 70% -- up from the current 55%. “But we can’t get there ourselves. We need the community.”​

If you can’t get here, we’ll get the vaccine to you.

- Chaplin said of the neighborhood sites

Language barriers, misinformation, lack of child care and parents who often work two job have kept many people from getting the shot, public health officials note. The South Coast region has one of the lowest vaccination rates in the state.

To address those challenges, multilingual volunteers armed with pamphlets that explain the vaccine are available to inform residents and encourage them to get vaccinated.

​Perhaps some of the best persuasion, however, comes from community members themselves. Carl Alves is one of them. In just over a year, he has lost six friends and family members to the killer virus.

At a recent clinic, under a white tent on a small patch of grass amid a backdrop of triple deckers, medical crews from Cataldo Ambulance Service administered the vaccine to bypassers. Among the first to get the shot that day was Jasmin Endisch, 34, who was attracted to the park by a tall, floppy, air balloon promoting the vaccination site.

Endisch said she hoped getting a shot of the Pfizer vaccine would ease the anxiety she has carried during the pandemic.

​“I know I made a responsible decision because now I can’t get anyone else sick,” she said, adding that $25 in debit cards, part of the vaccine promotion, made her decision even sweeter.

For Marianne Rose, 56, it wasn’t the debit cards that caused her to get a vaccine. It was hearing how COVID rates were spiking in pockets across the state.

​“That woke me up,” she said. “I didn’t want to die because I didn’t get the vaccine,” she added, noting that the isolation brought on by months of quarantine also made her realize how much she missed her family and friends. Now vaccinated, she said she hopes to go back to Florida, where she lived for more than 20 years.

Marvin Leiva, 26 of Framingham, was working as a truck driver for vaccine promotors when he decided to take advantage of the chance to get vaccinated, even though he wasn’t a New Bedford resident.

“I realized that I won’t have to worry as much about the virus anymore,” he said.

“The faster people get the vaccine, the sooner we can all return to normal.”

​That goal is driving health leaders too.

​COVID-19 shots are free and widely available. No insurance or ID is required. You can sign up for an appointment in Massachusetts through VaxFinder or by calling 211.