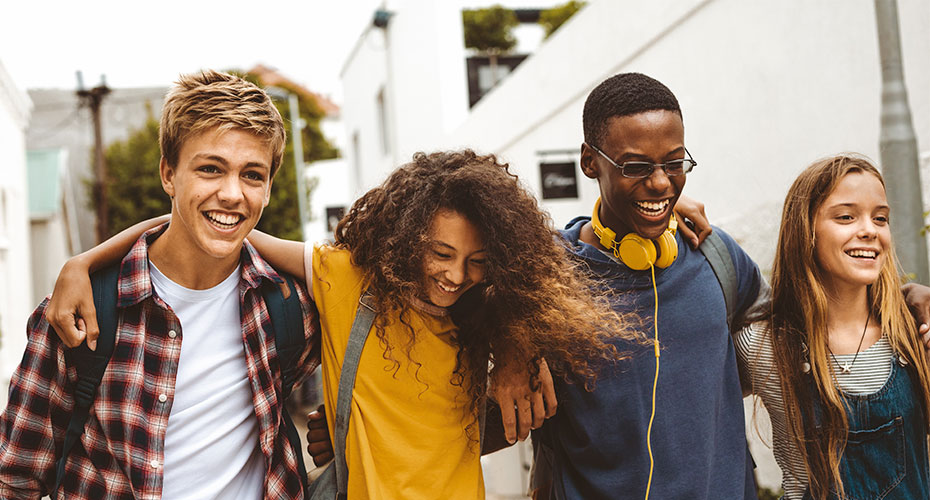 ‘Why wouldn’t we all want to protect our children against a preventable disease?’

Kate Weissman was a healthy, happy 30-year-old when her doctor gave her news that would reverberate throughout her entire adult life.

“I was told I had cancer,” said the Charlestown, Mass., resident, who was in disbelief at her diagnosis. “I exercised, I never smoked, I ate well, I was social. By all accounts, I was living a physically and mentally healthy life.”

Two years earlier, Weissman had learned she had human papillomavirus, or HPV, and while she and her doctor had been monitoring the condition closely, her cancer had been silently growing.

There is a safe and effective vaccine for HPV, but like most people born before 1997, Weissman contracted the virus before she could be vaccinated. And her cancer was vicious.

She underwent a full year of treatment, including 55 rounds of radiation, 17 rounds of chemotherapy, and surgery on her lymph nodes. She lost 25 pounds and became “rail thin.” She lost her hair and her energy.

“Cancer is like a bomb that just keeps exploding,” she says. But she battled hard. “I gave my body over to science and told my doctors, ‘Do whatever you have to do to keep me alive. I’ll put up with it.’ ”

A safe and effective vaccine

Today’s generation of young people has the chance to end transmission of HPV by getting vaccinated early.

The HPV vaccine protects against nine strains of the virus with the greatest risk of causing cancer. The CDC recommends that girls and boys get the HPV vaccine, which consists of two shots, between ages 9 to 12 so they have the best chance of developing immunity before they become sexually active and may be exposed to the virus. Once teens turn 15, they need to get a three-shot series to protect against HPV.

“The HPV vaccine is one of only two vaccines we have to prevent cancer,” said Dr. Katherine Dallow, a Massachusetts physician, who notes that the other virus we have a vaccine for, hepatitis B, results in cancer much less often than HPV.

Although there is overwhelming clinical evidence that the vaccine is safe and effective, it is not mandated for schools and camps like other vaccines, and some parents have resisted the CDC recommendation. Because of this, HPV vaccination rates often trail those of other recommended adolescent vaccines. Ninety percent of teens in Massachusetts and nationwide receive the Tdap vaccine for tetanus, diphtheria and pertussis, but only about 75 percent are vaccinated for HPV in Massachusetts and only about 55 percent are vaccinated for HPV nationwide, according to CDC data.

“The association between this virus and sexual activity can be a huge hurdle for parents to get over,” Dallow said, but she wonders, “If there were a vaccine to prevent colon cancer or breast cancer, would people be declining it at these rates? People would be lining up regardless of the method of transmission.”

After a decade of research, said Dr. Alan Stern, a pediatrician in Needham, Mass, the vaccine has proved safe and effective with only mild temporary side effects after administration such as occasional arm soreness and lightheadedness. And thanks to more education in schools about the vaccine, more awareness about HPV-related cancers broadly, and unfortunately more personal experience with the disease, Stern says he finds parents are increasingly open to the vaccine for their children.

“Unfortunately, now we’re seeing an epidemic of HPV-related cancers among people in their 30s, 40s and 50s,” noted Stern, who recommends that all his patients get the vaccine by age 12. “We hope to prevent that from happening to today’s kids several decades down the road.”

Dallow says she plans to get both of her own children vaccinated. “If you want the best for your child and want to make sure they’re healthy and protected against preventable diseases, then you should get them vaccinated against HPV.”

After undergoing treatment for cervical cancer at age 25, when she says cancer was still seen as a death sentence by many, Tamika Felder has dedicated her career to educating parents about the importance of getting their children vaccinated against HPV.

She founded Cervivor, an advocacy organization for those affected by cervical cancer, in 2005 to increase awareness and decrease the stigma of HPV-related cancers. “It’s a way for us to come together and share our stories to help others.”

Felder, who was unable to have children because of her cancer treatment, took her stepdaughter in to get her HPV vaccine because she says, “I never want her to go through what I went through.”

She empathizes with parents who may be hesitant to get their kids vaccinated. “There is a lot of information out there, especially on social media. I encourage parents to turn to credible sources like the National HPV Roundtable and to ask their pediatrician about the vaccine, or to talk to an HPV cancer survivor.”

Before her cancer treatment, Weissman went through in vitro fertilization because she knew she would go into menopause and wanted to have the option to have biological children. She and her husband had their healthy baby girl via a surrogate pregnancy last May. And, she says, she will make sure her daughter, Louella, gets the shot when it’s time.

“So many people don’t survive this disease,” she said.

I feel I need to do everything I can while I’m on this planet to prevent others from going through what my family and I went through. Why wouldn’t we all want to protect our children against a preventable disease?