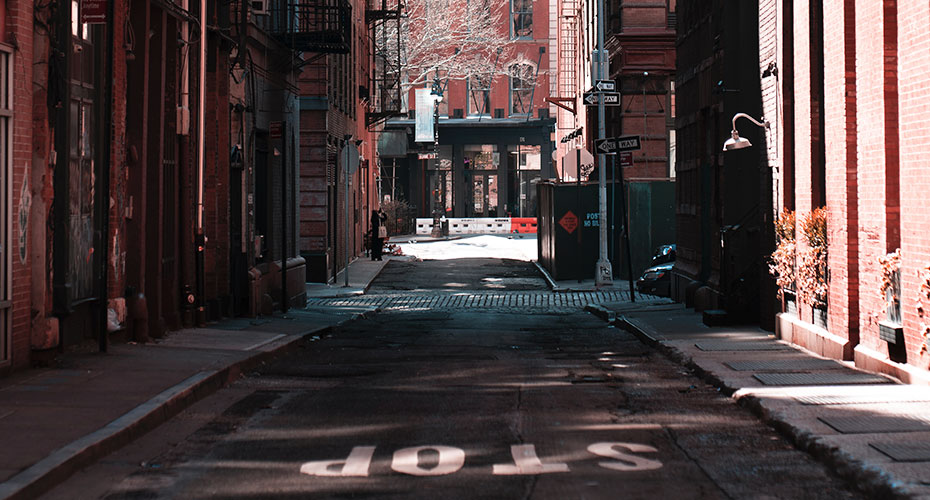 ‘We’re all in this together’

On city streets and shelters, Boston Health Care for the Homeless Program vaccinates our most vulnerable neighbors

“I’m no longer frozen in fear.”

The relief is palpable in Joanne’s voice. A Boston woman who has been homeless off and on for the last 30 years, she recently received the second dose of the Moderna COVID-19 vaccine. Joanne, who asked Coverage not to use her last name, says she had been “sick about worrying about her health” until receiving the vaccine at a clinic run by the Boston Health Care for the Homeless Program.

Throughout the COVID-19 pandemic, the organization has been working on streets and in shelters to test, treat and prevent illness, and now vaccinate homeless individuals and families in the Boston metro area.

On the frontlines of public health

Curbing the virus’ spread among the homeless population is not just an urgent humanitarian issue, it’s a public health issue, notes Dr. Jim O’Connell, founding physician and president of the organization.

COVID-19 has powerfully illustrated what researchers have long known: that infectious diseases know no bounds. “We know that the strain of COVID-19 that ravaged the Biogen conference last spring was the same strain that caused a third of individuals living in Boston’s largest shelters to become infected,” said O’Connell. “We’re all in this together.”

The interconnectedness of vulnerable communities has never been more clear.

“Many of our patients are employed, and work in a variety of industries,” said Melinda Thomas, associate medical director for Boston Health Care for the Homeless Program. “Like the rest of us, that means they are riding the T, shopping, and working at jobs alongside you and me.”

So far, the program has vaccinated 1,067 patients and 991 shelter staff members at clinics held at more than 20 sites, ranging from adult shelters such as the New England Center and Home for Veterans to congregate family shelters run by agencies including FamilyAid.

According to the latest data available from the US Department of Housing and Urban Development, there are more than 6,000 individuals and families experiencing homelessness in the Boston area, and another 12,000 or more state-wide. Numbers have risen nationwide amid business shutdowns.

“It’s important to remember that people experiencing homelessness have higher rates of chronic disease that put them at risk of severe illness or death from COVID,” said Thomas. “And then there’s the physical toll of not having a place for even a few minutes of refuge. The library and other gathering places are closed or restricting capacity and even the counseling and other support services various agencies offer the homeless community may be suspended.”

For 36 years, Boston Health Care for the Homeless Program, one of the first initiatives in the nation created specifically to meet the health care needs of homeless people, has provided primary, behavioral health, oral health, and medical respite care for as many as 12,000 people a year. The organization has long been supported by the not-for-profit health plan Blue Cross Blue Shield of Massachusetts, among other institutions.

Over its history, the program has become intimately familiar with viral outbreaks.

“We were forged in the crucible of two epidemics,” said O’Connell. At the time the organization was founded in 1985, a multidrug-resistant strain of tuberculosis was plaguing Boston’s homeless community. Just a few months later, HIV/AIDs emerged with a devastating impact on the homeless community.

“We learned the necessity of vigilant flexibility, an ability to pivot quickly to meet constantly emerging health care challenges with the homeless population,” said O’Connell.

A quick response to a new threat

“About this time last year, we realized COVID was coming and began to think of the devastating consequences should the virus get inside a 500-bed shelter, and we knew we had to change our entire approach immediately,” O’Connell said.

The program’s leadership and staff began a robust screening and testing regimen at all Boston area shelters and locations where it provides care, and drew on its deep experience in contact-tracing a population that is constantly on the move.

Tents were erected in the parking lot of the city’s Southampton Street Shelter in Boston’s South End to quarantine those exposed to the virus or awaiting test results. For those who tested positive for the virus, all 52 beds on the third floor of the program’s Barbara McInnis House, a respite facility adjacent to the campus of Boston Medical Center, were dedicated to COVID care. A field hospital at Boston Convention Center cared for those transitioning from hospital care. 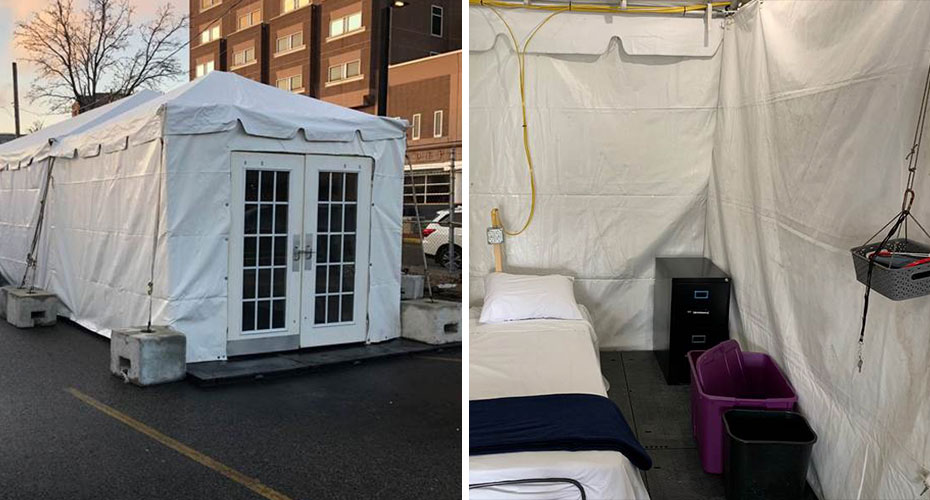 The city and state pitched in to provide housing in a Suffolk University dorm and in area hotels left vacant because of pandemic. More beds meant reduced density in traditional shelters and more distance between homeless people seeking a good night’s sleep in a warm bed.

In the course of rigorous screening for symptoms, the program’s clinicians made a crucial early observation, said O’Connell: “People were passing our screening, but infections were still happening. It was pretty clear this virus could be spread asymptomatically.”

The organization shared its findings with the Centers for Disease Control and Prevention, which went on to confirm that the virus can be spread by people with no evident symptoms, a key to understanding the pandemic’s path.

As for those homeless people who do present symptoms and become ill, Boston Health Care for the Homeless has proved a lifesaver.

One patient, Juan Pablo Pablo, said in a recent interview that he’s tested positive for COVID-19 and has been treated several times in the COVID ward at the Barbara McInnis House in the past year.

They provide wonderful care here with compassion and love from the staff.

“I am very grateful,” he said through an interpreter, Omar Marrero, who is the director of the Barbara McInnis House.

“We are all so grateful that patients like Juan Pablo have trusted their care to us,” said Marrero, describing his patient as a kind, positive man. “We are humbled and embrace the opportunity to help.”

Pablo, 36, who works in landscaping in the warmer weather, is now waiting his turn to get vaccinated, not just to protect himself from another bout with the deadly virus, he said, but also to protect anyone else he may encounter.