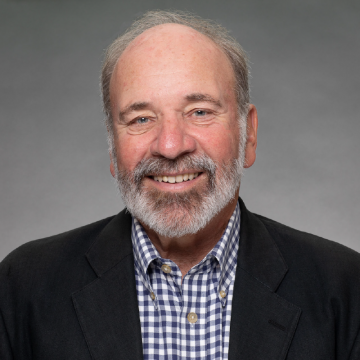 Peter Gelzinis, a New England Newspaper & Press Association Hall of Fame member known as the news poet of Boston, is a longtime reporter and columnist.

Peter started working at the Boston Herald in 1972 as a copy boy and quickly worked his way up to news reporter after stints as a rock critic and movie critic. In the 1980s, he became a must-read news columnist for any reader who wanted to understand human tragedies and triumph in the streets of Greater Boston. He also traveled across the country to write front-page columns on presidential campaigns, papal visits, the Oklahoma City bombing, the Sept. 11 attacks, Hurricane Katrina and many more of the country’s major news events. By the time he retired from the Herald in 2017, he had filed more than 10,000 stories and columns.

He is a graduate of Christopher Columbus High School and Boston University.

A resident of South Boston, Peter continues to have a passion for telling powerful human stories, particularly those of the most vulnerable members of our community.

‘If a free taco can help get people vaccinated, well, that’s wonderful’

Battling a pandemic, with science and empathy

Health care leader Dr. Charles Anderson builds trust along with a vaccination campaign as he cares for one of Massachusetts' most vulnerable communities

A healer welcomes a new weapon in pandemic battle

Dr. Jon Santiago, who serves in the hospital, military and State House, prepares for a new mission: Vaccinating his patients

Addict at 11, activist at 16: Drug Story Theater cast member Emily Hamilton is in the role of her life

This year, veteran news columnist Peter Gelzinis is chronicling the journey of Emily Hamilton, from childhood substance use to a lifesaving connection with the groundbreaking Massachusetts recovery program Drug Story Theater. Following is the first installment of this special BCBSMA News Service series.