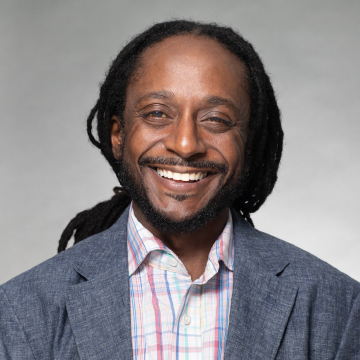 Born and raised in Boston, Colneth is a writer, teacher, counselor and former reporter for the Boston Herald, the Boston Globe, and the Bay State Banner.

Colneth began his media career in radio at Boston’s WILD AM 1090, produced shows on BNN-TV, and was an editor of an independent hip-hop music magazine. His journalism career has included coverage of entertainment, local news, politics, health, and many special features.

He also has a background in public relations and advocacy for Boston’s inner-city neighborhoods including Mattapan, Roxbury, and Dorchester.

Colneth is an alumnus of the METCO program, and graduated in 2000 from Fitchburg State College as a double major in communications and sociology.

Colneth resides in Boston’s Roxbury neighborhood and is the proud parent of a daughter.

WATCH: 'We have to keep fighting'

Rev. Liz Walker works to help communities of color overcome the trauma of the pandemic

Rev. Dr. Gloria White-Hammond champions COVID-19 vaccination, as a pastor and a physician

The vaccine’s a hit at Fenway Park

Hugging grandchildren, going on vacation, protecting the vulnerable and other inspirations for getting a COVID-19 shot

Video: What the COVID-19 vaccine means to me