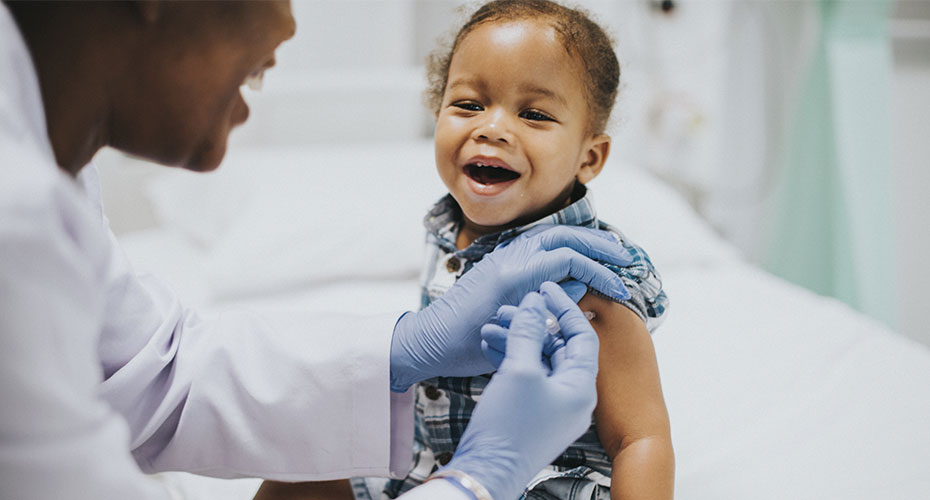 Why do babies need so many vaccines?

Pediatricians explain the vaccine schedule, and why it saves lives

There's an old saying that a child is a gift that is loaned rather than given -- a testament to the high infant death rates of past eras.

But that saying is rarely heard these days, in large part because children are vaccinated against deadly diseases starting in infancy. In the first 15 months of life, babies are given at least 20 shots to fend off illnesses including measles, whooping cough and polio.

One of the most common questions doctors face from worried parents is: "Why are so many given at once?" The answer is, quite simply, that shots are given when babies need the protection most, said Dr. Mary Brown, pediatrician at Floating Hospital for Children at Tufts Medical Center.

"In general, the way I describe the vaccination schedule is that vaccines are recommended at specific ages because that is when they are the most vulnerable," Brown says. "It's when they're at the highest risk of infection."

The schedule, which is set by the Centers for Disease Control, calls for so many vaccines early in infancy because that is when babies are perfect targets for disease, their bodies fragile and unable to fight deadly disease.

“Babies are at serious risk of bacterial infection and have the weakest immune systems,” said Dr. Mark Pasternack, chief of the pediatric infectious disease unit at MassGeneral Hospital for Children.

Which vaccines are given when

According to the Centers for Disease Control and Prevention, the recommended schedule goes roughly like this, varying a bit from practice to practice: the hepatitis B vaccine is given at birth, 2 months and 6 months. Babies are vaccinated for diphtheria, tetanus, pertussis (whooping cough), Haemophilus influenzae and pneumococcal infections -- which can cause meningitis -- and rotavirus at 2, 4 and 6 months.

The polio vaccine comes at 2 and 4 months, and again sometime between 6 and 18 months. Then there's the regular flu vaccine at 6 months. Between 12 and 15 months, babies are again vaccinated for Haemophilus influenzae and pneumococcal infections. That's also when they get the chicken pox and measles, mumps and rubella vaccines.

The prick of a needle may cause some tears for young kids, but that is nothing compared to the potential long-term effects of some of these diseases, said Pasternack.

“Parents hate seeing their children cry from vaccinations, but as someone who’s seen cognitive dysfunction and deafness result from preventable disease, I can tell you this is pain and suffering worth having,” he said.

Does this overload the immune system?

Parents often wonder whether the large number of vaccines will put a strain on their children’s immune systems. The short answer, doctors say, is no.

Vaccines expose children to antigens, which are foreign substances that trigger the immune system to produce antibodies that fight them off. But these vaccines don't expose them to more antigens than they can handle.

"Perhaps if we gave 100 vaccines all at once, it might be different, but in general the immune system doesn't get overwhelmed," Pasternack said. "Vaccine researchers really make them patient-friendly for infants."

Coverage spoke with clinicians and loved ones of those who suffered from illnesses that vaccines have since made rare, including measles, diphtheria, smallpox, polio and meningitis B. Their words offer a powerful reminder of the vital importance of vaccination. Read their stories: